All posts by BFM Site Admin

Birmingham Friends Meeting has a tradition of providing food and staffing for a local soup kitchen multiple times per year. Since the emergence of the pandemic many changes have happened, including the procedures at the Genesis Church soup kitchen in Royal Oak.

Now, instead of cooking and providing sit-down meals, we provide “grab and go” pre-packaged meals. This past Saturday BFM, with leadership from Jimmy Ajlouny and Inge Brieger, delivered 60 nutritious meals to appreciative participants. The menu included Shawarma sandwiches, side salads, bananas, bottles of water and bags of homemade chocolate chip cookies, a local favorite. 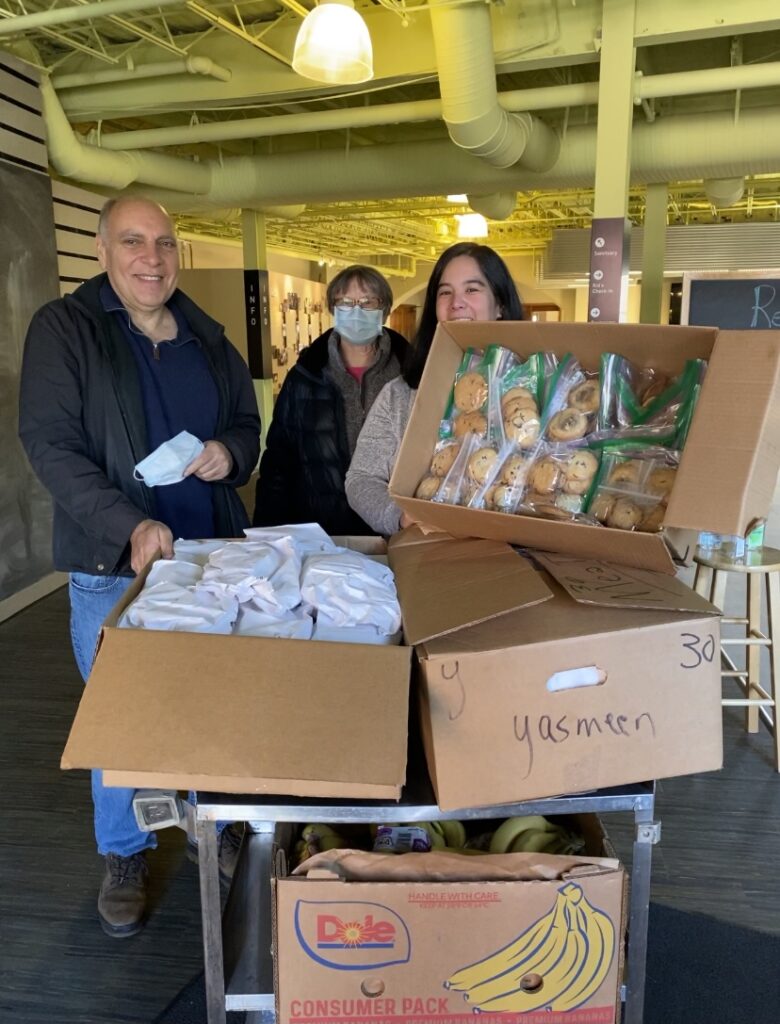 NOTICE: Due to our desire to curtail the potential spread of COVID-19, Birmingham Friends Meeting is temporarily suspending our weekly face-to-face Meeting for Worship. We are exploring ways to continue to support our spiritual lives using online tools and will provide additional information when it becomes available. Contact the Clerk if you have questions or concerns to share.

The Alternatives to Violence Project (AVP) is growing within Michigan, and our Birmingham Friends Meeting is actively supporting the fully volunteer project. AVP offers experiential community and prison workshops in personal growth, community development and creative conflict management. Founded by Quakers in New York prisons in 1975, the nondenominational program was developed based on the real-life experiences of prisoners. AVP encourages every person’s innate power to positively transform first themselves and then the world around them.

Today, AVP workshops are present in 37 States and over 50 countries. A full list of active projects in the U.S. can be found at https://avpusa.org/. Facilitators go through 60 hours of training (Basic, Advanced, and Training for Facilitators workshops) and then apprentice for an additional 60 hours before they are considered fully certified. The AVP Michigan chapter, previously active in the 1990s through the efforts of Friends from Birmingham and Detroit Monthly Meetings, was revived by Kathy and Joe Ossmann of Kalamazoo Friends Meeting in 2013 when they moved here from California. The Ossmanns began by offering monthly AVP workshops in the Muskegon Correctional Facility, a state prison for men.

AVP Michigan Expansion
After hosting a series of community workshops in the Detroit area, AVP Michigan developed a qualified volunteer facilitator pool in the Southeast Michigan region. Bill Warters of Birmingham Friends Meeting coordinates the Southeast Michigan team. Thanks to a helpful introduction from Natalie Holbrook of AFSC’s Michigan Criminal Justice Program in Ypsilanti, AVP Michigan was invited to begin offering monthly workshops in the Ionia Correctional Facility (ICF) starting in July of 2019. As of February, 2020, the AVP Team has offered 8 3-day workshops at ICF, including 4 Basic Workshops, 2 Advanced Workshops, and 2 Trainings for Facilitators. A team of twelve newly trained inside inmate facilitators are now active at ICF.

This expansion requires resources for things like housing, food and transportation costs associated with hosting the 3-day workshops in Ionia, Michigan, located in a rural area about halfway between Lansing and Grand Rapids. Members of the Birmingham Friends Meeting have been gracious in their financial and tactical support for the project since the expansion to Ionia, making AVP one of the meeting’s essential community projects.

AVP Michigan welcomes your support and well wishes going forward. Visit the AVPmichigan.org website if you are interested in being involved. The project can also be reached using the information below:

The adhoc Web Committee (Pam Melick, Marvin Barnes, Jj Kidder and Bill Warters) is pleased to announce the release of our new meeting listserv. To get the list started we have used the email addresses maintained in our meeting directory. If you would like to added to the email distribution list, you can use the Contact Us link to pass along a request to be added.

We look forward to the connections and convenience provided by the list and trust that over time we’ll find the right balance of supportive and informative messages that can help nurture the spiritual life and growth of our meeting without unduly burdening the inboxes of participants.

Monthly Meeting for Business
Second Sunday at 11:45 AM,
September – May

Potluck
Third Sunday following the rise of meeting, September – May 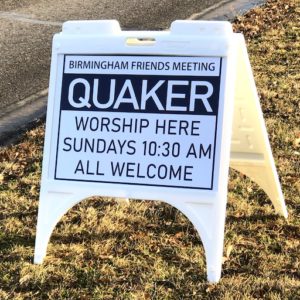